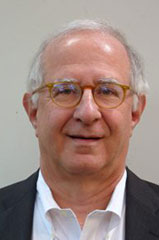 Geoffrey Garin became president of Hart Research in 1984, after having worked in the firm since 1978 as a senior analyst and vice president.

Mr. Garin has undertaken landmark policy and communications research for many of the nation’s leading foundations and educational institutions on topics that include global health and development, school reform, college affordability, healthcare reform, and global climate change. His clients for this research include the Bill & Melinda Gates Foundation, the MacArthur Foundation, Harvard University, and the College Board.

Leading progressive organizations, including Planned Parenthood Federation of America, the League of Conservation Voters, and the Center for American Progress, rely on Mr. Garin for strategic research and analysis. He also has conducted reputational and policy research for leading trade associations in healthcare, finance, and housing.

In politics, Mr. Garin has a well-earned reputation for helping candidates win in difficult circumstances. He has directed the polling and created winning campaign strategies for many of the Democratic leaders serving in the US Senate, including Chuck Schumer, Dick Durbin, Mark Warner, Dianne Feinstein, Patrick Leahy, and Ben Cardin. In 2008, he helped direct the strategy team for Hillary Clinton’s presidential campaign during its final two months, and in 2012 he served as the pollster and strategic advisor to Priorities USA, the super PAC supporting President Obama’s reelection.

Mr. Garin graduated from Harvard College. He is married to Deborah Berkowitz, an expert in occupational safety and health, and is the father of two sons, Andy and Danny.