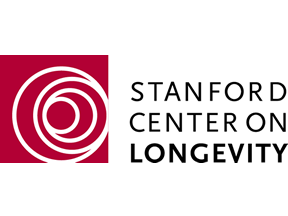 According to a new survey jointly sponsored by the Stanford Center on Longevity and Time, most Americans want to live to 100, but few are making serious efforts to live long, high-quality lives.

This survey was conducted to supplement the major Sightlines Project Report released today by the Stanford Center on Longevity that provides a report card on where Americans stand in preparing for long lives. In the survey, conducted online among a cross section of 2,330 adults nationwide, Americans say they understand the importance of healthy eating, exercising, and financial planning on living a long life, but they readily admit they are not where they need to be.

Hart Research Associates found in their Most-Admired Older American Survey that when it comes to selecting from a list of 23 role models for a long life, Americans rate Clint Eastwood as the most admired public figure over age 75. Read an overview and the topline results from that survey.

Hart Research Partner Jeff Horwitt appeared on Meet the Press' The Chuck ToddCast, where he … END_OF_DOCUMENT_TOKEN_TO_BE_REPLACED