You are here: Home / News / Employers Express Confidence in Colleges and Universities; See College as Worth the Investment, New Research Finds 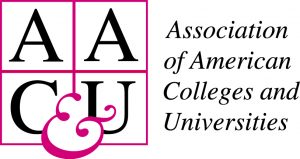 In a new report released by the Association of American Colleges and Universities (AAC&U), Hart Research found that employers express a higher level of confidence in colleges and universities than does the American public overall and they agree on the value and importance of a college education. Consistent with findings from Hart Research’s previous research for AAC&U, employers overwhelmingly endorse broad learning and cross-cutting skills as the best preparation for long-term career success. The college learning outcomes that they rate as most important include oral communication, critical thinking, ethical judgment, working effectively in teams, written communication, and the real-world application of skills and knowledge.

Hart Research Partner Jeff Horwitt appeared on Meet the Press' The Chuck ToddCast, where he … END_OF_DOCUMENT_TOKEN_TO_BE_REPLACED