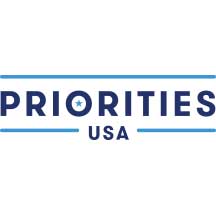 As the first phase of Priorities USA’s “Project Blueprint,” Garin-Hart-Yang and Global Strategy Group conducted polling and focus groups among two groups of voters that will be key for Democrats going forward: those who voted for both Barack Obama and Donald Trump, and Democratic-leaning voters who sat out the 2016 election. We found several commonalities between these groups, namely that they are concerned that Trump and the Republicans will pursue an agenda that favors the wealthy over the middle class and slashes programs they depend on, such as Medicare and Medicaid—leaving an opening for Democrats to re-establish themselves as the party of the middle class.

Democrats Have a Viable Path Forward

Focus on What Trump Hasn’t Delivered Can Help Democrats

The Two Key Voting Groups Democrats Need to Win Back After 2016: Report

Hart Research Partner Jeff Horwitt appeared on Meet the Press' The Chuck ToddCast, where he … END_OF_DOCUMENT_TOKEN_TO_BE_REPLACED