You are here: Home / News / Pessimism about Prolonged Housing Affordability Crisis is on the Rise, 2016 How Housing Matters Survey Finds 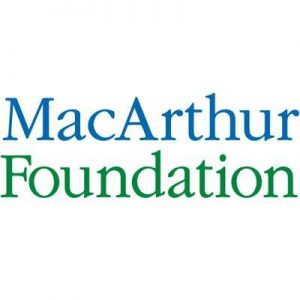 Americans are losing faith that the housing crisis that began nearly a decade ago is over. A significant majority (81%) continue to believe that housing affordability is a problem in America today, according to a new survey on housing attitudes released by the MacArthur Foundation.

While stable, affordable housing is viewed as a fundamental component of economic security for American families, nearly seven in 10 (68%) adults believe that it is more challenging to secure such housing today than it was for previous generations. Still, more than three in five (63%) adults believe that a great deal or fair amount can be done to address problems of housing affordability, and the same proportion (63%) believe that this issue has not yet received enough attention from presidential candidates.

The 2016 How Housing Matters Survey is the fourth annual national survey of housing attitudes commissioned by the MacArthur Foundation, this year with additional support from the Kresge Foundation and the Melville Charitable Trust. Hart Research Associates interviewed 1,200 adults via landline and cell phone from April 28 to May 10, 2016. The survey also included interviews among an oversample of 603 respondents in the City of Chicago and its suburbs.

Nearly half (48%) of Chicago adults and 40% of adults living in Chicago’s suburbs report that they spend more than 30% of their income on housing—far more than the 31% of all US adults who report spending as much on housing. The survey findings reveal that the prolonged housing affordability crisis has had a profound impact on city residents, who worry that “the worst is yet to come.”

Despite significant legislative achievements in the face of a global pandemic, a year into his … END_OF_DOCUMENT_TOKEN_TO_BE_REPLACED

HART RESEARCH ASSOCIATES is out with its annual list of polling findings for 2021, ranging from 100% … END_OF_DOCUMENT_TOKEN_TO_BE_REPLACED