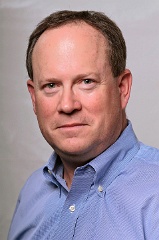 Guy Molyneux is a partner with Hart Research Associates and has been with the company for more than 20 years. He has conducted survey and focus group research projects for a wide variety of nonprofit organizations, labor unions, government agencies, political campaigns, and media organizations. His clients have included NBC News, the AFL-CIO, the Annie E. Casey Foundation, AARP, the Center on Budget and Policy Priorities, Nasdaq Stock Market, the Center for American Progress (CAP), Service Employees International Union (SEIU), Democratic Senatorial Campaign Committee (DSCC), Alliance for Justice, American Federation of Teachers (AFT), and the Food Research and Action Center (FRAC).

Mr. Molyneux previously served as director of polling for CNN and as executive director of The Commonwealth Institute. He has written about politics and public opinion for The Atlantic, Rolling Stone, Dissent, The American Prospect, the Los Angeles Times, The New York Times, and The New Republic. He has commented on politics for such media outlets as National Public Radio, NBC News, C-SPAN, CNBC, and CNN.

Mr. Molyneux is a graduate of Harvard College and has undertaken graduate study in public opinion research and electoral politics at the John F. Kennedy School of Government at Harvard University.