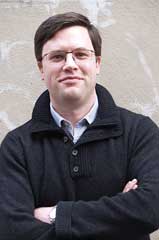 Jay has been an analyst since 2000. He conducts research in all the firm’s major practice areas—political, nonprofit/advocacy, media, corporate, and labor. For a decade he managed Hart Research’s regular polling for NBC News and The Wall Street Journal, and he currently does the same for CNBC’s All-America Economic Survey, a quarterly poll on economics and personal finance.

Jay graduated from the College of the Holy Cross with a degree in political science. He has been quoted on politics and public opinion by national publications and has appeared on National Public Radio, MSNBC, CNBC, and C-SPAN. He lives in Philadelphia.