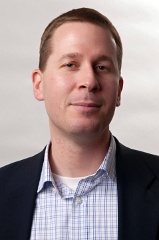 Jeff Horwitt is a Partner at Hart Research.  He works on a variety of projects including research for the AFL-CIO, Disney, ESPN, the National Association of REALTORSÒ, NBC News, and the Panetta Institute for Public Policy.

Jeff also has worked on projects for many political campaigns in the mainland United States, as well as extensive work in Puerto Rico, where he has proudly served 3 governors.  In addition, Jeff has conducted research for the major Democratic campaign committees and leading Democratic independent expenditure organizations.

Jeff graduated from Northwestern University’s School of Speech in June 2000 after completing an Honors Thesis comparing the civil rights policies of Presidents Nixon and Clinton.

When he is not helping Senators (and other Democrats) win elections and govern, Jeff is helping the Senators of the Industrial Baseball League of Northern Virginia win on the baseball field, compiling a .660 winning percentage as player-manager since 2003.